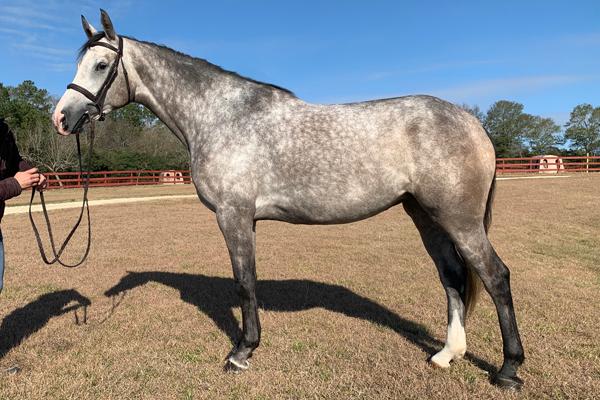 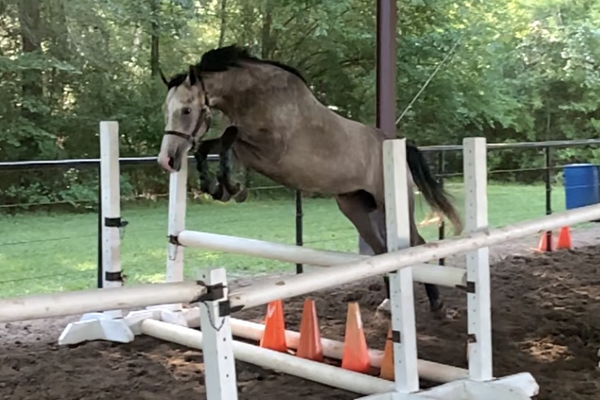 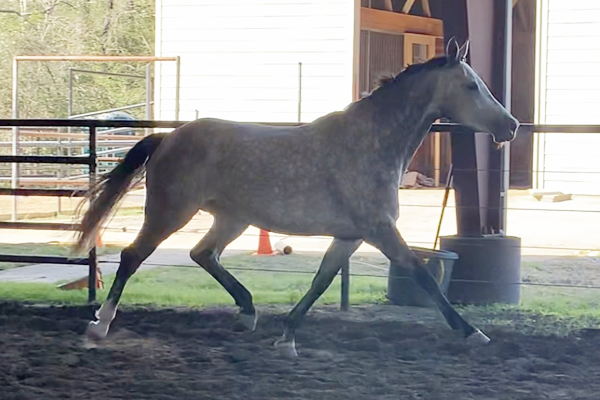 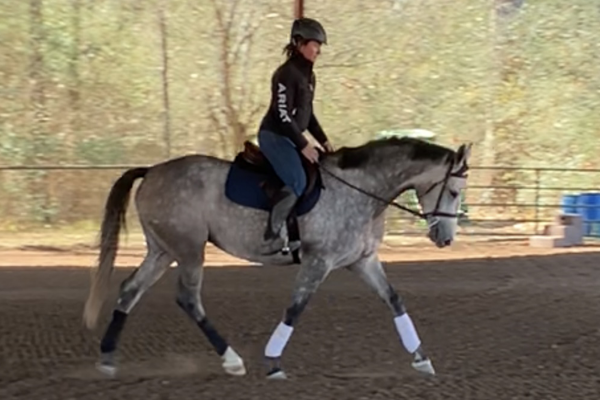 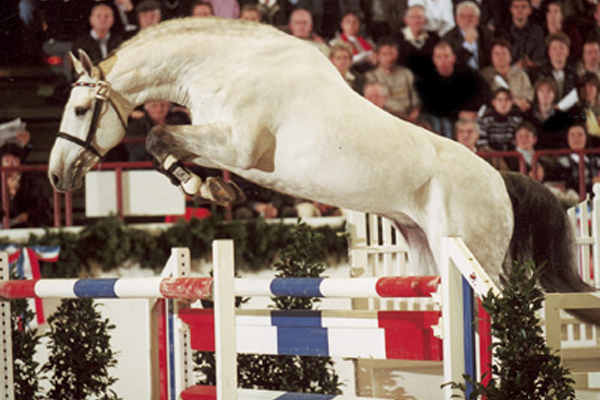 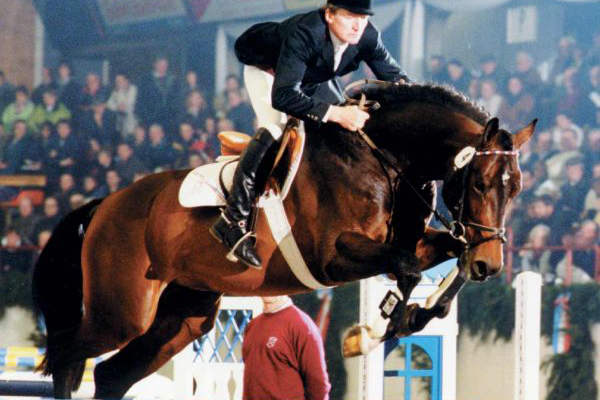 Lyrika has been started under saddle and is showing great promise as a sport horse super star with talent to go in any direction of her new persons choosing. She has the movement to standout in the dressage ring, the finesse for the hunter ring and the scope for the jumper ring.  Lyrika has been started on lead changes and introduced to small fences. She is uncomplicated to ride and suitable to a junior/amateur or a professional to finish bringing along.  She is super sweet to be around and is a barn favorite.

Cassini II (Lyrika’s sire, bottom row middle picture) is the younger full brother of Cassini I, was approved in Holstein in 1996 with a high jumping index. Unfortunately he was injured when young and did not compete in sport although is now sought after as a sire due to his quality and talented offspring. At his Licensing he achieved high scores for his jumping as well as for his character and temperament. Cassini I & II are sons of the great Capitol I. Capitol I was on the top of the WBFSH (World Breeding Federation for Sport Horses) rankings lists 2000-2001. There are over 25 approved stallions by Capitol in Holstein, for example Dobel’s Cento, Carthago Z, Carolus I & II, Calato, Cardento, C-Indoctro, Carano and Clearway as well as the Cassini brothers. Worldwide there are many more approved sons and in Germany alone there are 564 registered sport horses which have won in excess of €5.3 million in prizemoney. Capitol I was a valuable foundation sire in the Holstein stud book.

Ariadus (Lyrika’s dams sire, bottom row right picture) is by Accord II (Ahorn) out of a Latus II (Landgraf)/Laertes mare. Ariadus’ granddam is the dam of CAPITOL, legendary sire from Holstein. Ariadus was 4th at the 1995 stallion approvals in Neumunster. He is a Premium rated stallion with 54 points. Ariadus had more Premium foals in the AHHA in 2002 than any other stallion (based on number of mares bred to Premium foals). Ariadus’ sire, Accord II is widely regarded as an important contributor in Europe. He was the leading sire for mares bred in Germany after winning many important shows and the 100 Day Test. It is important to consider Ariadus’s granddam Folia. This outstanding and famous mare produced five stallion sons, including the foundation sire Capitol I. Corrado is a Capitol I grandson. Ariadus’ “alternative” bloodines to Cor de la Bryere and Landgraf are much needed here in the U.S.